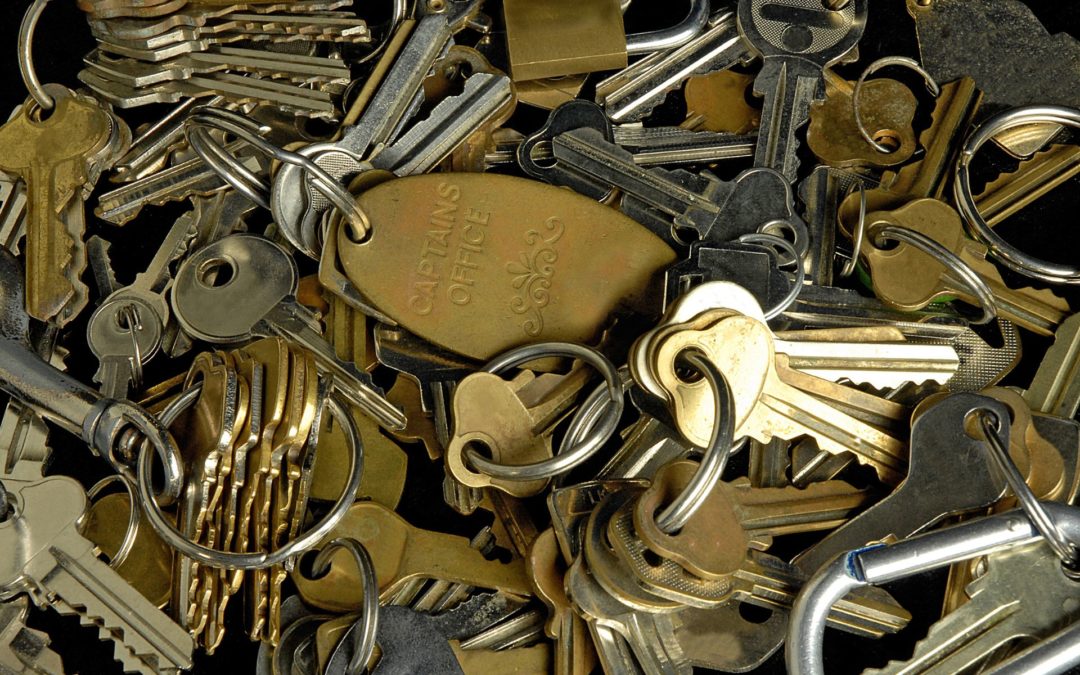 Everyone knows what locks and keys are, and it’s no wonder considering how long they’ve been around. Locks and keys have been used for more than 6,000 years to increase security. You’ve probably heard of the Ninevah—a city mentioned in the famous Bible story of Jonah and the whale. The oldest lock and key system was found there. But the Renaissance is when locks and keys saw rapid improvement. Inventors kept improving on designs, creating many unique systems that laid the foundation for our modern versions. Now, there are many types of locks and keys out there. Here, we’re covering 12 types of keys.

A flat key opens your typical residential lock. You likely have one for your home, especially if you own an older property. Flat keys open pin tumbler locks, which can often be found in older homes. But there are many modern versions of the pin tumbler lock as well. This type of lock and key system is still very popular.

Corrugated keys are also called jagged keys. They are commonly used in door knob locks. You can use them for cars, cash registers, and padlocks as well.

Tubular keys—also called barrel keys—are short and thin. They are falling out of use, but you can still find them for use in old pin tumbler locks. Tubular keys are used to open vending machines as well.

You’ve probably seen a warded key before, though you might have called it by another name. Warded keys are also known as skeleton keys. These keys have notches at the base—called wards—that fit into older locks. They are now commonly used as collectors’ items depending on their age, as they are relatively rare these days.

Dimple keys look a lot like flat keys. The only difference between them is that dimple keys have a tiny depression in them—hence the name. They are used for vehicles and vending machines, but not residences.

Sidebar keys are commonly used for safes. They fit into one side of a lock, which is how they got their name. It only turns locks in one direction. 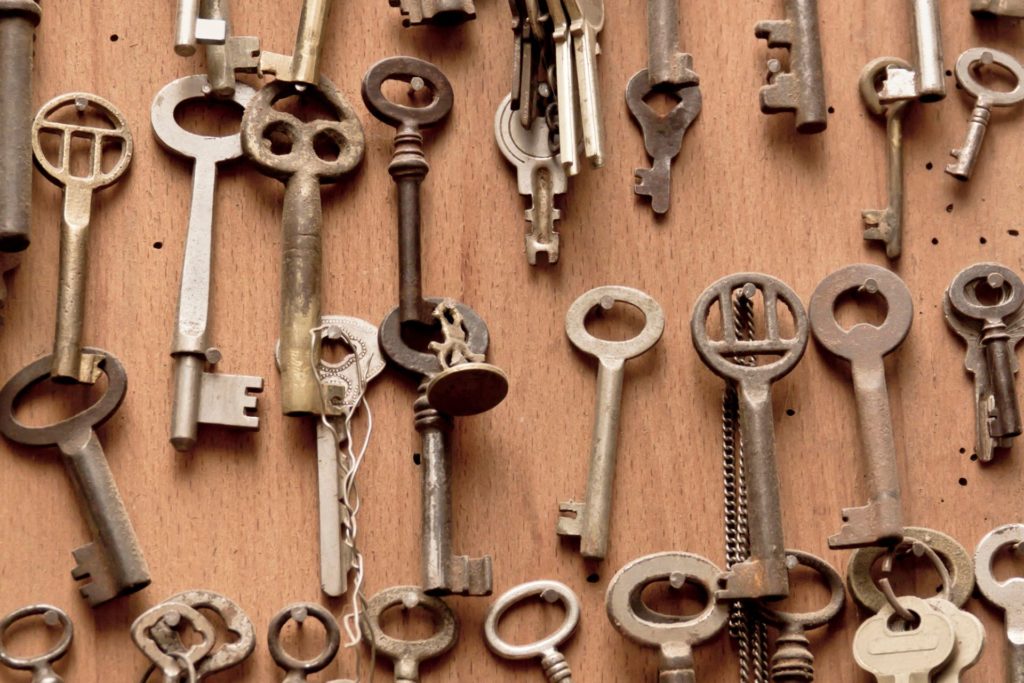 Double-sided keys are very versatile and popular. You can use them for virtually any lock, including ones for cars and homes. The main locks that are incompatible with a double-sided key are those on safes and vaults.

A combination key is used to open more than one lock. For instance, you can use them to open the door of your house while simultaneously being able to unlock your garage. Because they can fit in every type of lock, they are also called universal keys.

A jagged key is another kind of double-sided key with an irregular shape. They work with many different types of locks. These keys are also called scrub or zipper keys.

Spool pins are used in locks to guard against lockpicking. They ensure that only the right key will fit inside the lock. Spool keys open these high-security locks, often found in vehicles. While spool pins are possible to bypass with lockpicking tools, it is difficult.

Transponder keys can be used to start, open, or lock a vehicle remotely. They have a microchip inside that wirelessly communicates with your car. These keys are more secure than older options for vehicles, as they make cars resistant to hotwiring. However, they aren’t an invulnerable security measure. Thieves can steal the signal that your transponder key gives off, which means they can then copy it and break into your vehicle.

You likely won’t run into one of these keys any time soon. Cruciform keysDid  are mainly used for industrial buildings, as they are known for their durability and strength. These keys can only open X-shaped locks.

We Can Help You With All of Your Key Needs!

There are so many different lock and key systems available on today’s market. While it’s nice to have options, having too many can often be overwhelming. If you’re looking for the perfect lock and key system to keep your home or commercial business safe, you’ve come to the right place. Fradi Professional Locksmith is here to help. We’ll make sure you make the right choice to fit your security needs and budget! Contact us today for assistance!