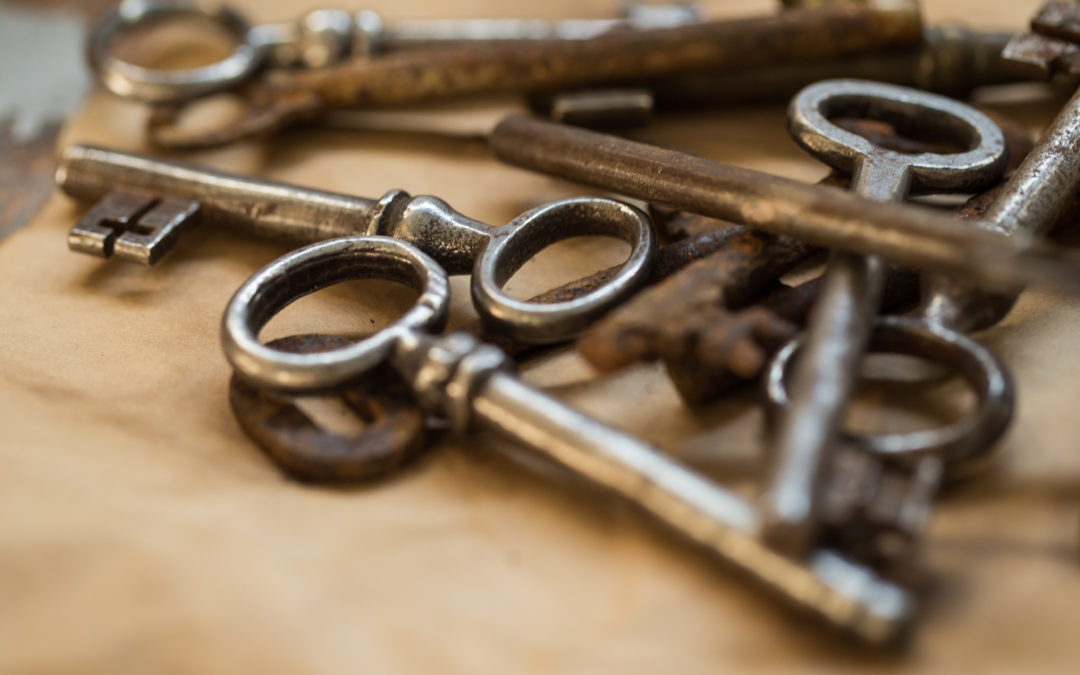 There is more to locksmithing and lockpicking than many people imagine. The locksmiths here at Fardi are passionate about what we do. So, we wanted to impart some of what the locksmithing world has to offers. The practice has had a long history, and there has been enough time for there to be plenty of interesting things to happen.

The History of Locksmithing

Locks, keys, and locksmithing really do go far back. The oldest known locks were built by the ancient Assyrians over 4,000 years ago. The oldest found lock was found in Nineveh and made of large wooden bolts.

The Egyptians are credited with using the first locks with interlocking pins. Still wooden, we have found these dating as far back as 3,000 years ago.

On the other hand, the use of keys with locks did not show up till 704 BC in Ancient Rome. There, they used iron and bronze to make their locks and keys. They are also the ones to have started the tradition of intricate and elaborate engravings and carvings on their key handles.

In colonial and early America, locks and keys were incredibly rare. They were expensive to manufacture and make, so they were not universal in homes. Instead, people might have them fitted for chests.

Everyone remembers using a combination lock to open their locker back in school. These locks have not changed too much since their inception. All the way back in 1857, the American inventor James Sargent invented the first combination lock. It was one of the most outstanding and impressive advancements in the field and is still in use today in bank vaults, relatively unchanged.

Amazing Feats with Locksmithing and Lockpicking

NEW YORK – JULY 11, 2015: Love locks on the Brooklyn Bridge, New York, with sunrise in the background.

The famous Harry Houdini trained under a locksmith when he was only 11 years old. He mastered the skills, creating his escape artist’s reputation. Later, he would lend people help with free locksmithing and lockpicking.

During the mid-19th century, America started mass-producing their own locks, instead of importing them from China and Europe. Between the years 1774 and 1920, more than 3,000 patents for locking mechanisms were drawn up.

Lisa Large of Kansas City holds the Guinness World Record for the largest key collection. In 2013, she had 3,604 keys. Meanwhile, in the Lock Collector’s Hall of Fame, Robert “Bob” Dix has the most locks at 25,000. And a Russian locksmith, Pavel Kulikov made the smallest lock and key, barely visible to the naked eye. Meanwhile, the Pavlovo Arts College in Russia has the largest padlock ever at 916 pounds, 56 inches tall, and 41 inches wide.

After centuries of sinking ships, quests for buried treasure became common, searching for locked chests in the deep. Charles Courtney, incidentally the great-great-nephew of the writer of Twenty Thousand Leagues Under the Sea, was the first one to pick a lock at a depth of 400 feet.

In the 1920s, a solid gold vault, the Eureka lock, guarded the US Treasury’s Federal Reserve of Gold. This lock used five tumblers of numbers and letters, resulting in 1,073,741,824 possible combinations, taking 2,042 years to try. It was patented in 1862.

While movies will have you think otherwise, a bobby pin will prove ineffective in getting past most to any locks.

The Pont des Arts bridge in Paris quickly became a well-known and well-traveled romantic spot. It became a tradition for a couple to attach their own lock to the bridge’s grillwork. However, over time, hundreds of thousands of locks wore down the bridge’s structure. For safety, the testament to each couple’s love was removed. The same idea has caught on with other bridges.

Maybe most important to the customer: there are no government regulations when it comes to locksmithing and lockpicking. In fact, there are only 15 states that require licenses. Luckily, California is one of those states and, as you know, Fradi locksmiths are both insured and licensed. Call us at (619) 728-9862 and we will show you our expertise in this historical trade.

Oh, also, your locksmith can replace or duplicate any key, including the ones that say are not duplicatable.